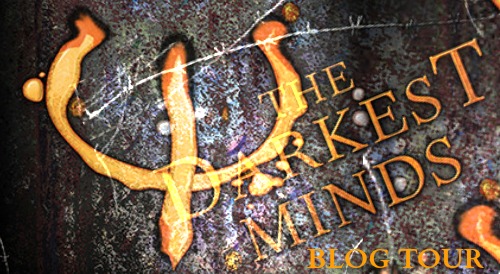 All right, guys, if you read my last post, you'll know that today I am SUPER DUPER EXCITED to be here with Emily Meerhan, the editor of Alexandra Bracken's THE DARKEST MINDS. When I had an opportunity to be part of Alex's blog tour for the The Darkest Minds, I literally jumped at the chance.

Emily Meerhan is the Editorial Director for Disney-Hyperion books, and she was formerly executive editor of Simon & Schuster Books for Young Readers, where she developed books and series such as Elixir by Hilary Duff and the Hush, Hush trilogy by Becca Fitzpatrick. Guys, those were some big books. I'm pretty pumped to see that TDM is in such good hands. So without further ado...

Hey Emily, great to have you here! You're the editor for Alexandra Bracken's newest book, The Darkest Minds. Tell us a little about how you first discovered her book.

This was one of those books that from the very first page I knew it was something special. It was at a time when there were a lot of dystopian submissions going out and flooding my inbox, because The Hunger Games was really taking off and everyone was looking for the next big thing. But this ms was so different from all of those, so fresh and different and engaging.


Were you the acquisitions editor for The Darkest Minds? Was acquiring it a tough sell internally? Tell us how that went.

Yes, I was the acquiring editor. And I had no trouble convincing anyone how special the book was and how well we'd do publishing it. The problem was that other houses were interested too, and auctions can be unpredictable.


Hardcore fans will know that originally, The Darkest Minds had the working title of "Black is the Color." If you can explain without any spoilers, why the title change? And I know sometimes it can be a really tricky process coming up with a new title. Was this a natural title concept, or did you guys have to work on it?

Yes, I loved the original title and occasionally Laura, my assistant, will catch me calling it that still! But when we started doing jacket comps, we found that we were running into concerns that the title was misleading for what the book is about. People thought it might be confusing and readers would think the book was a contemporary novel about race relations. It was an interesting moment because I had never considered that until we started pairing the title with visuals.


Oh wow, that is interesting. I never would have thought of that. Now, what excites you most about The Darkest Minds, and this series in general?

These characters that Alex has created are unforgettable. I am obsessed with them all in their own way, and that's what excites me most about the series: where they will go and what they will do.


What's it been like, working with Bracken as an author?

Alex is a dream author because she totally gets it. She has a day job in publishing and balances everything with such aplomb. She takes a lot in stride because she knows how this process unfolds and that has been so refreshing. Also, she is a wiz at taking editorial direction. I have put her through the ringer in terms of revision and she's answered me always with even better material.


In an interview on Hush, Hush by Becca Fitzpatrick, you said that a huge part of the editorial process is trusting the author, that they know where their characters are going. I thought that was really interesting. Could you elaborate on that idea of trust for us?

Ha! Well I'll never forget when Alex replied with a revision and said that Clancy was quite possibly the most disturbing thing that had ever crawled out of her brain. Oops, is that a spoiler? I hope not. Anyway, sometimes you have know that your author knows better than you. It's a tough pill for us editors to swallow. I think for me the trust is coming with where she'll take these characters in book 2, which I obviously cannot talk about. Heh heh.


*Suppresses grin* I love that, though! People always talk about wanting a good working relationship with their editors, and this illustrates why. I would think this idea of trust is especially true when working on a series, as you are, being Bracken's editor for the TDM trilogy.

Yes, there's a lot of give and take in the editorial process. I can tell an author something is really working or it's not, but ultimately it's her story and her characters. And it goes the other way too. Sometimes and author might be unsure of a direction I send her in, but it ends up leading someplace good. It's just about my favorite part of the whole process.


Talk to us about marketability. I know a novel can be very well written, but might be a tough sell due to less-than-marketable elements. Authors are told not to chase trends, but at the same time, I think it's terribly important to understand what mentality publishers and agents will have when considering to pick up a new book.

Well, in the case of this book, as I said before this came out on submission at a time when there was a lot of dystopian being bought by publishers. Which of course means that it would be published at around the same time the other books were from other publishers. But when I acquire books I don't acquire to trends. If it's an amazing story with memorable characters and I think people will love reading it as much as me, then I go after it. And that's what THE DARKEST MINDS is. And it's very gratifying to read all of the rave reviews that say the same thing.


What's one thing you wish more authors knew, or did to prep their manuscripts, before sending you those pages?

Proofread! I don't like seeing typos in manuscripts. It bugs me!

Final question! Let's go with something fun. What makes you passionate about your job?

FALLING IN LOVE WITH A STORY AND ITS CHARACTERS. YES I'M SHOUTING!!

And there you have it, guys; Emily Meerhan, Editorial Director at Disney Hyperion, shouts off about books and publishing! Emily, it was great to have you. Thanks so much for your thoughtful answers on Bracken and The Darkest Minds. Guys, if your interest isn't piqued yet, check out the blurb below and then the blog tour links right below all that. And go! Get reading! Go! :)

About The Darkest Minds

When Ruby awakened on her tenth birthday, something about her had changed. Something alarming enough to make her parents lock her in the garage and call the police. Something that got her sent to Thurmond, a brutal government "rehabilitation camp." Because Ruby might have survived the mysterious disease that's killed most of America's children, but she and the others emerged with something far worse: frightening abilities they cannot control.

Now sixteen, Ruby knows that she is one of the dangerous ones and, when the truth comes out, she barely escapes Thurmond with her life. On the run and desperate to find the one safe haven left for kids like her, Ruby joins a group of kids who escaped their own camp. Liam, their brave leader, is falling hard for Ruby. But no matter how much she aches for him, Ruby can't risk getting close. Not after what she did to her parents.

When they arrive at the safe haven, East River, nothing is as it seems, least of all its mysterious leader. But there are other forces at work too, people who will stop at nothing to use Ruby in their fight against the government. And soon Ruby will be faced with a terrible choice, one that may mean giving up her only chance at a life worth living.

The heart-pounding first book a near-future dystopian series, Alexandra Bracken’s The Darkest Minds will leave you begging for the next installment. 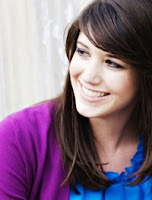 Alexandra Bracken was born and raised in Arizona, but moved east to study at the College of William & Mary in Virginia.  She recently relocated to New York City, where she works in publishing and lives in a charming apartment overflowing with books.  You can visit her online at www.alexandrabracken.com or on Twitter (@alexbracken).

January 21st: Once Upon a Twilight

Love this interview. Great questions. I can't believe I'd never heard of this series, but I'm really excited to pick it up now!

Thanks Chan! Although I have to admit, my first instinct is to amend this right away. I may or may not be giving away a copy of TDM soon...*scheming*

Hmm, good job! This is really something!

Creative A
Mandy is a twenty-something college student by day, aspiring novelist by night, web designer on the side. She writes YA with SF and speculative elements. A great example is her WIP, SHUTTERBUG MEETS (INVISIBLE) GIRL, and her WIP-in-edits, MIRRORPASS. Recently she flipped blogs so now you can find her at TheFirstReader.wordpress.com (or drop her a line at: Head Desk For Writers (at) gmail (dot) com.)